This is a bit of a tricky one. I don’t have a lot of experience “getting” clients. What I mean is once my business got started it took off via word-of-mouth, not via any advertising or me trying to get clients.

In the beginning I advertised on Craig’s List. I didn’t hear a thing for about a year and then one day in 2006, I remember this well, my phone rang on a Saturday night about 10:30 p.m. My first thought was: “Who the hell is calling me at this hour?” When I answered the phone it was someone wanting some work done for a client of his.

I almost, almost I say, told him to call back on Monday…but common sense took over. Since I hadn’t had one job it seemed like it might be a good idea to proceed. And on Monday, I did the first paid work for my business. That client stuck with me for 5 or 6 years. A day or two later someone else called me. He is still a client of mine. Very soon after this a developer called me and I started doing work for him and I still did until about a year ago (he’s retiring, I think).

That developer ended up telling quite a few people about me which turned into work with other developers who told other people about me. It is kind of strange that everything almost literally started overnight. I had been working for my wife’s aunt, painting, redoing wood floors and cabinets, whatever they needed. I remember calling her and telling her I wouldn’t be in because I had work. And I never worked for her again, though I continued to eat some of her awesome home-cooked meals!

Since Craig’s List in 2006 I have never done any advertising. My website has only been there as a place to show potential clients (who heard about me from someone else) my work. I don’t think I’ve ever gotten work via my website. I has been all word-of-mouth.

Looking back on it I would say part of it was I was ready. As I have stated in some other blogs I had been building websites for a couple of years. I had portfolio of sites I built and I had learned a tremendous amount building all those sites while no one was paying me.

I won’t kid you, that year without work was rough. I was married, I had a young son and I was in my 40s wondering what the hell I was going to do if this did not pan out.

But it did. I feel very fortunate.

My business is still doing relatively well, but I don’t have as much work as I’d like. I moved from California a few years ago to the beautiful Prescott, Arizona area. As I’ve become more familiar with the community, I decided I’d like to get some local clients. This is one reason I’m blogging now. I never had to before.

So I’m building a website for a local coffee shop I’ve been going to almost since I got here. I’m doing it gratis because I’d like to have a site here in the area for people to see when the hoards of locals start accessing my website. Plus, I just love their coffee. And they’re really good dudes.

I’m hoping once we have the site done, they can tell people about me and the people I give my business card to will have a local website to look at. I’ll let you know how that goes. 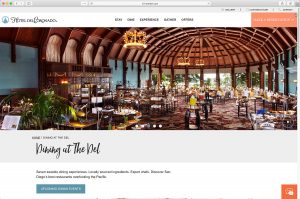 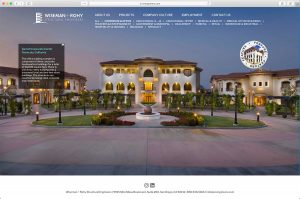